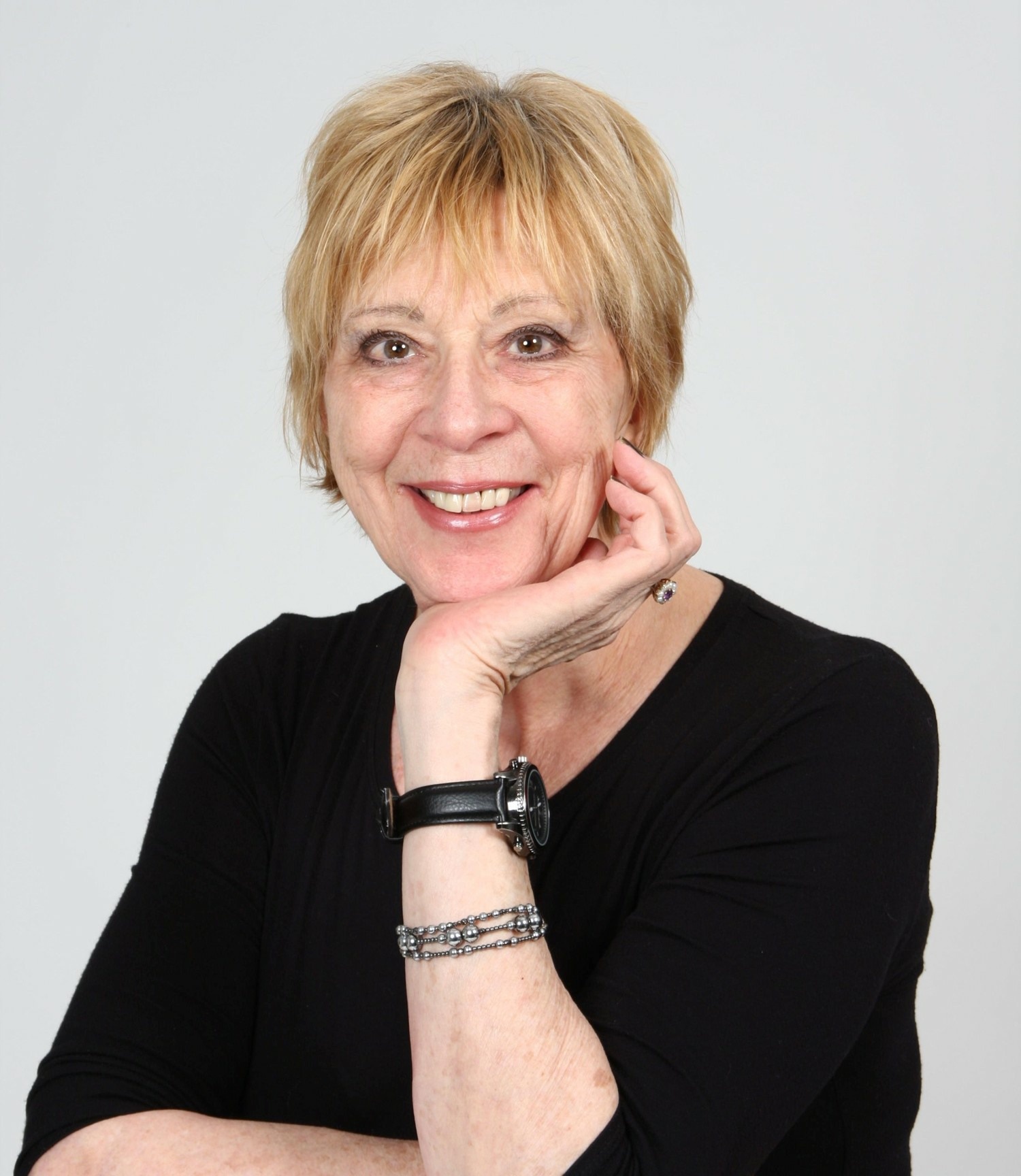 She’s a member of CAA–NCR (Canadian Authors Association, National Capital Region branch) and is the former editor/designer of their e-mag, Byline.

Sherrill has written a series of historical novels about the Acadian people written from the point of view of Keskoua, a Mi'gmaw woman, and set in Port Royal, Acadia (Annapolis Royal NS): Death in l’Acadie; Refuge in l'Acadie; Trapped in l'Acadie;  and Hanged for l'Acadie.

Sherrill Wark sings soprano secundi in an Italian choir and kills people off in her dark short stories under a pseudonym and also under her real name in novels and screenplays. "It's beyond cathartic," she says.

Sherrill's books are listed below. 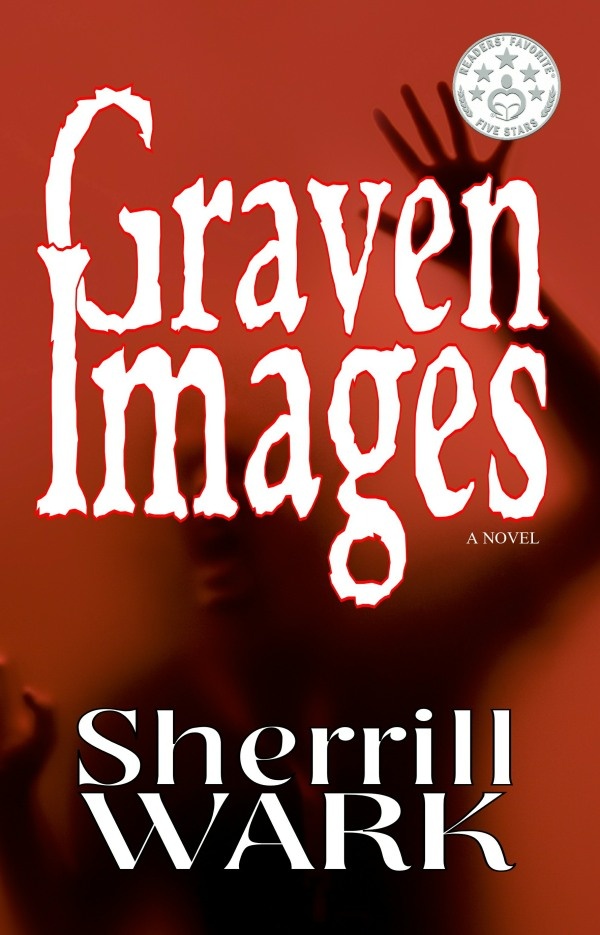 Death without cause is strange enough on its own, but three deaths separated over 39 years and with no decomposition in any of the bodies sends Shaw Falls into a turmoil. A skeptical chief of police seeks the aid of a psychic while an uptight minister and an eccentric old lady neighbor team up to send a diabolical creature back to the hell it slithered in from. 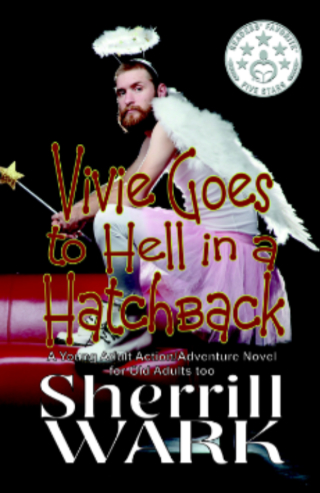 To her Guardian Angel’s absolute embarrassment, her “Charge,” teenage Vivie, dies while texting and driving. Susan, a film-noir fan and wannabe writer, who passed over in the early 1960s as a teenager herself, must get Vivie away from the accident site before she dissipates. But since Vivie recognized Susan’s existence only once when Vivie was 13, and only then thinking it was her recently deceased pet rabbit, Petunia, this will take some doing.

As Susan and Vivie work their way through the many challenges facing them, the annoying George keeps popping up unannounced and very much unwelcome.

An absolutely hilarious journey through the Afterlife. 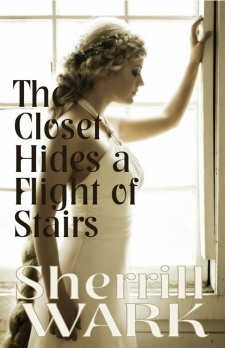 Good Old Walt Disney.
♪ “Fairy Tales can come true. It can happen to you, if …” ♪
Sherrill Wark’s 3rd book of poetry, The Closet Hides a Flight of Stairs, is a tiny chapbook about wolves and lions and bears and Goldilocks and especially, Rapunzel’s incarceration in what every inner child believes was some kind of prison — perhaps even a nuthouse — but wasn’t.
And yes, of course it’s about love. And freedom, too. Freedom to be whoever you want to be — whoever you already are. 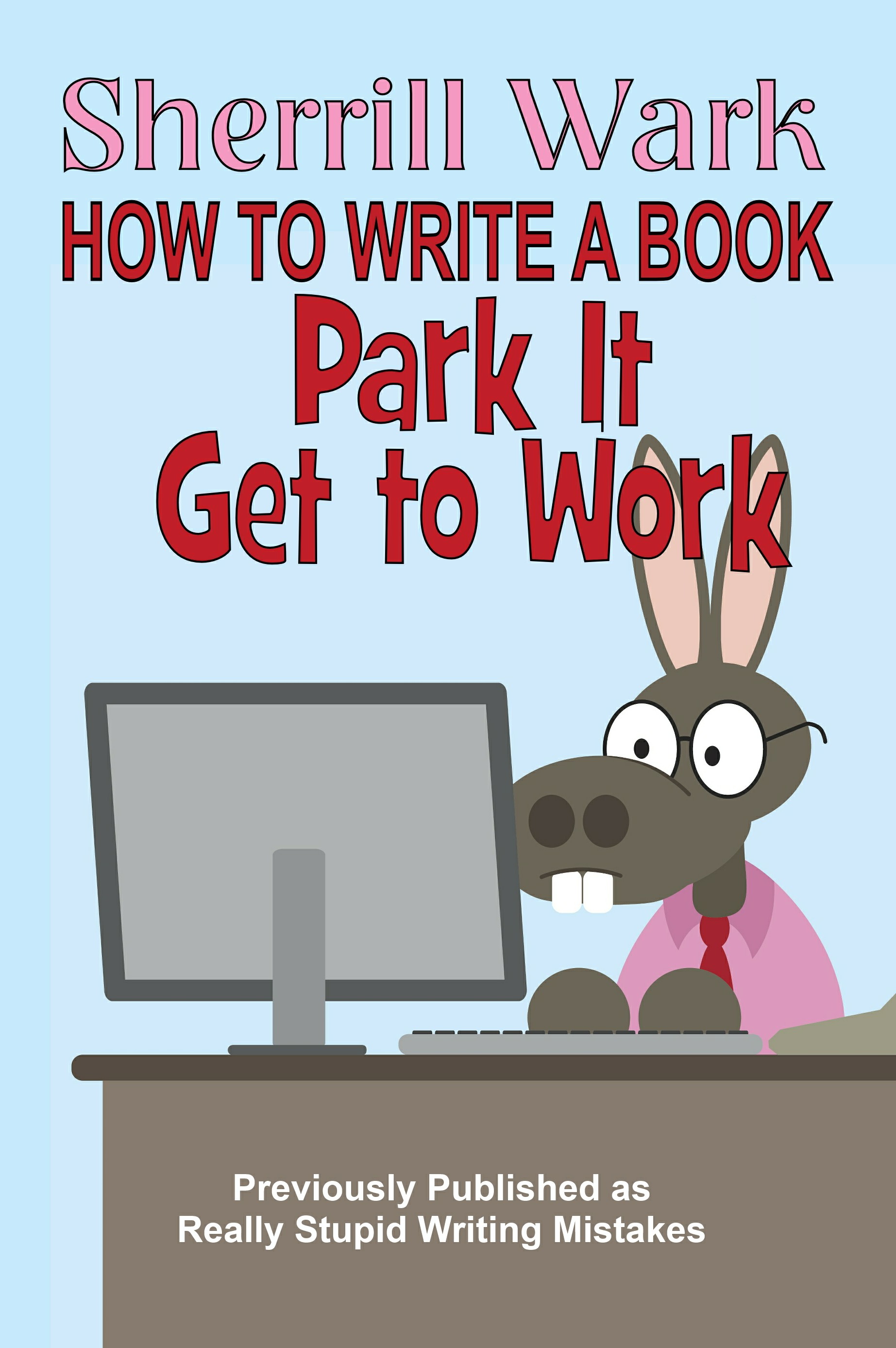 An inspirational book that will stimulate you to write that book or movie or story you always wanted to write.

Nerdette and former editor, Sherrill Wark, explains how to keep your Muse happy and productive, how to say no to distractions, and how to dig deep into your soul for characterization.

How to Write a Book: Park It, Get to Work is a remodel of the popular Really Stupid Writing Mistakes: How to Avoid Them.

How to Write a Book 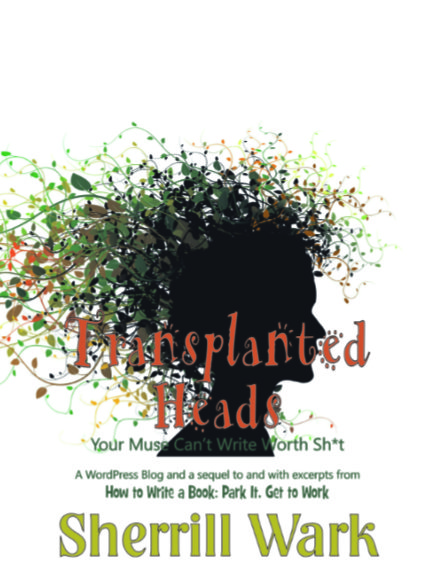 A sequel to *How to Write a Book: Park It, Get to Work*.Written with humour and encouragement, this book is a must for those who are as yet insecure with their authorship. 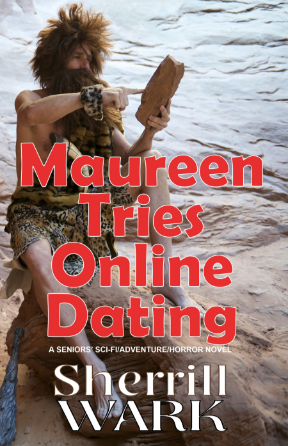 Retired ER nurse Maureen makes one stupid little decision about her latest online-dating-site prospect, and she  ends up in a kettle of fish.
***
"Maureen Tries Online Dating takes you on a roller coaster ride from one unexpected twist to another, paced to keep you on your toes and up all night. A memorable cast of characters both human and otherwise, with snappy and witty banter, explore the idea that there is so much about life that we don’t understand and don’t know, dismissing our foolishly human-centered point of view, while revealing a deep and imaginative world of what could be, frighteningly, possible. Set in an Ottawa both familiar and not, Maureen Tries Online Dating will horrify you while you laugh out loud, like Michael Crichton’s Sphere meets Gremlins. And—ultimately—that it’s never too late to start again and start living, no matter how old you might think you are."—Adam Jarvis, Sci-Fi writer and enthusiast
"Maureen Tries Online Dating is a page turner. I read the entire book in one night. The reader is led to believe they know the direction the book is going; the truth is, you really don’t have a clue. Adventures constantly open up to swallow the reader whole. An eclectic book complete with mystery, curio­sities, Sci Fi, a wonderful humor, and a cast of colorful and funky characters, Maureen Tries Online Dating keeps you guessing until the very end. This is one of Sherrill Wark’s best books to date. At times you will chuckle, furrow your eyebrows, or bite your bottom lip in anticipation of what exactly is at stake. Grab your favorite drink, a cozy blanket and hold on because you are in a for roller coaster of a ride!"—Catina Noble, author of Reader’s Favorite Everest Base Camp: Close Call and El Camino on a Wrecked Ankle 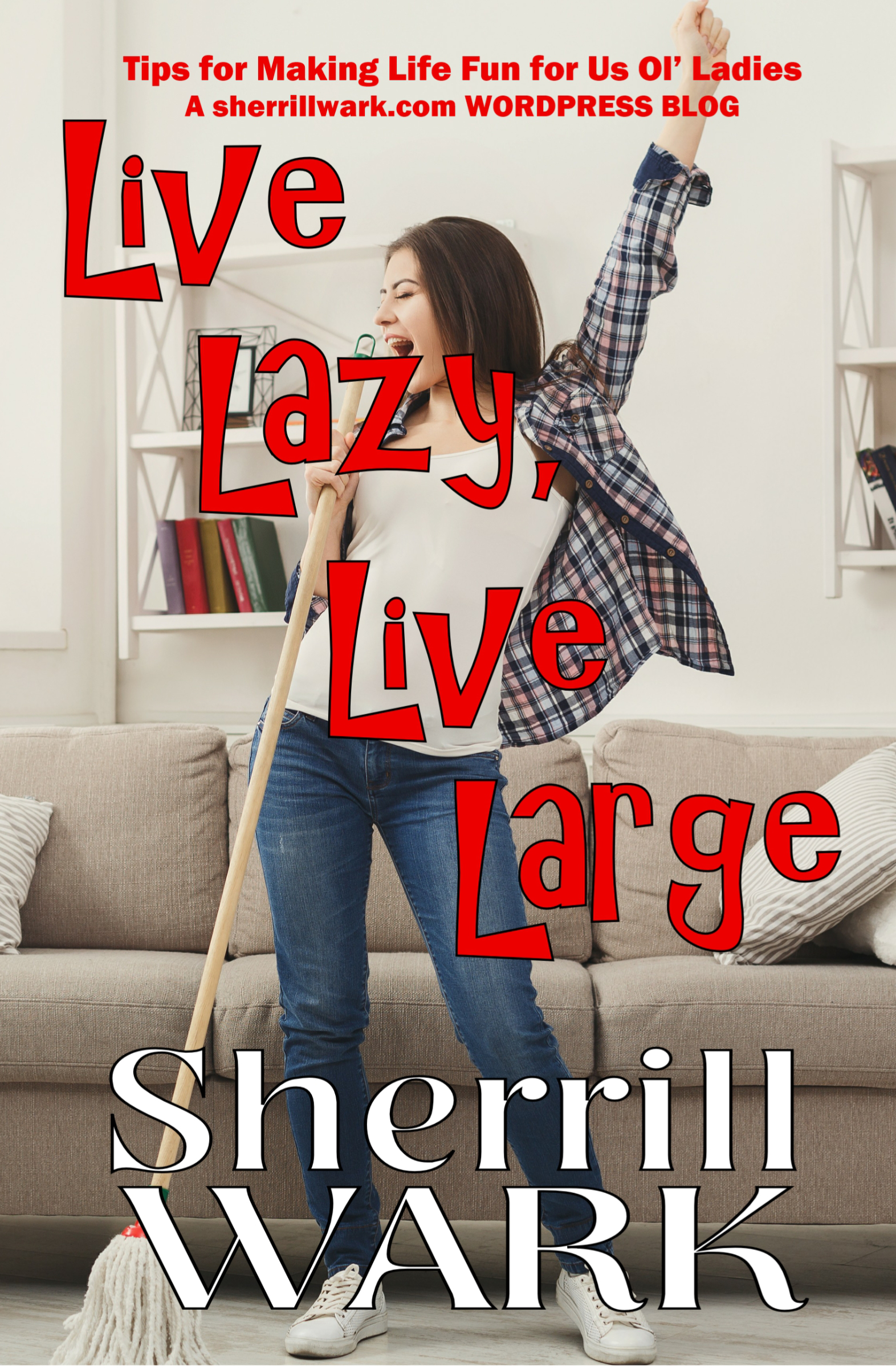 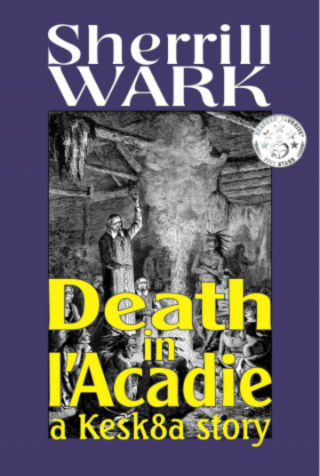 In this sometimes humorous, sometimes deadly serious account of life in 1670–80s Acadia when the Newcomers attempted to foist their ways onto The People, Keskoua, a Mi’gmaw girl, takes us into her world where murder and deceit  mean nothing to those who come from away.

Sherrill Wark, the author, a descendant of “the Frenchman Claude Guidry,” brings us on a journey of enlightenment through the eyes of a resilient people determined to sur­vive against almost unbearable challenges.

“… life among the Mi’gmaw near Port Royal as told by a ‘pain in the arse’ teenage girl named Keskoua. From the first paragraph to the last, Keskoua’s storytelling keeps the reader involved. If it were in present time, it would be dubbed a ‘coming of age’ story. In the late seventeenth century, ‘coming of age’ isn’t that simple for young women—or young men for that matter. Early marriage, death from childbirth, murder and disappearances are common occurrences.

“Sherrill Wark has managed to give a raw yet entertaining glimpse into life in early Acadia without sacrificing authenticity of fact. History as it should be taught.”—Phyllis Bohonis 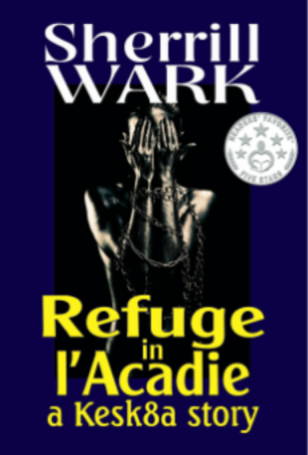 1694 Port Royal. Ordinary life is disrupted when a beautiful dark-skinned stranger floats in from the Big Bay in a dug-out. She is followed by three self-called slave hunters from Acadia’s enemy, New England.

The village drunk knows one of these “slave hunters” all too well: the man kidnapped his little sister years earlier, abandoning her at the docks of Boston Harbor.

Keskoua, her love-smitten brother, the mysterious stranger, a friend with suspicious motives, and the drunk band together to plan a sea voyage on a cursed ship to find the drunk’s sister and rescue the stranger’s daughter from slavery.

“I saw them,” I told her. “I saw them when you were sitting there on the log with Hélène’s shawl over your shoulders when you first got here. When Monsieur St-Amand was trying to look into your ears and your eyes with his glass instrument. The fear and anger became even stronger in you. It came out like a storm cloud.” 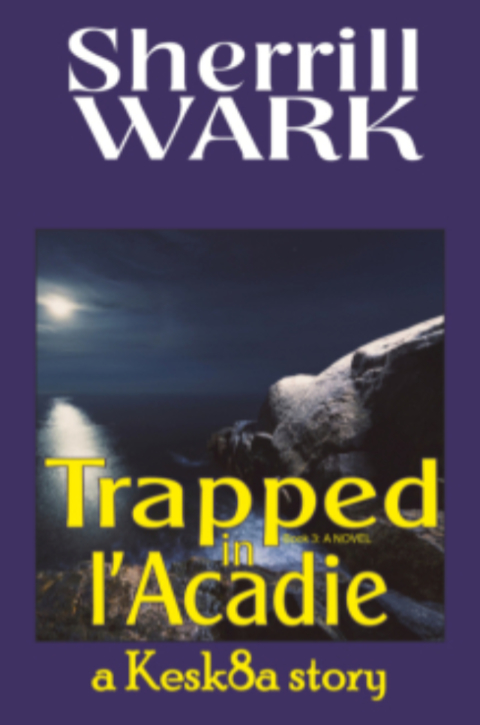 Nowhere to go. Nothing to eat.

“Village? There is no village. They are saying there’s no longer a village anywhere. They burned everything down. Down flat. Trees, houses, churches, barns, the wheat fields.” She swept her arm fully from left to right. “Everything is gone. They even…” She shook her head. “I don’t know if I can say it. They burned everything. Everything. Even the cows and the chickens and the sheep.” Those strange eyes once again bore into mine. “You could hear them crying out. I never knew a cow could scream.” She turned away from me. “I never want to hear that again.” 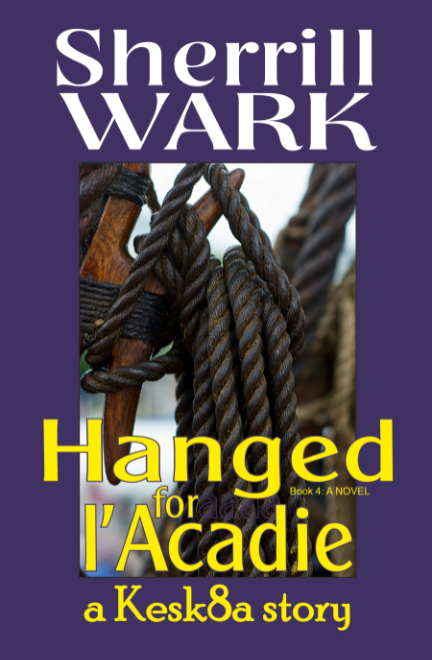 “And our children.” I said quietly. “They take any young Mi´gmaw children they catch fishing. They take them away.”

“As I well know!” Marguerite said. “They put them in prison, oui? That’s where they are?”